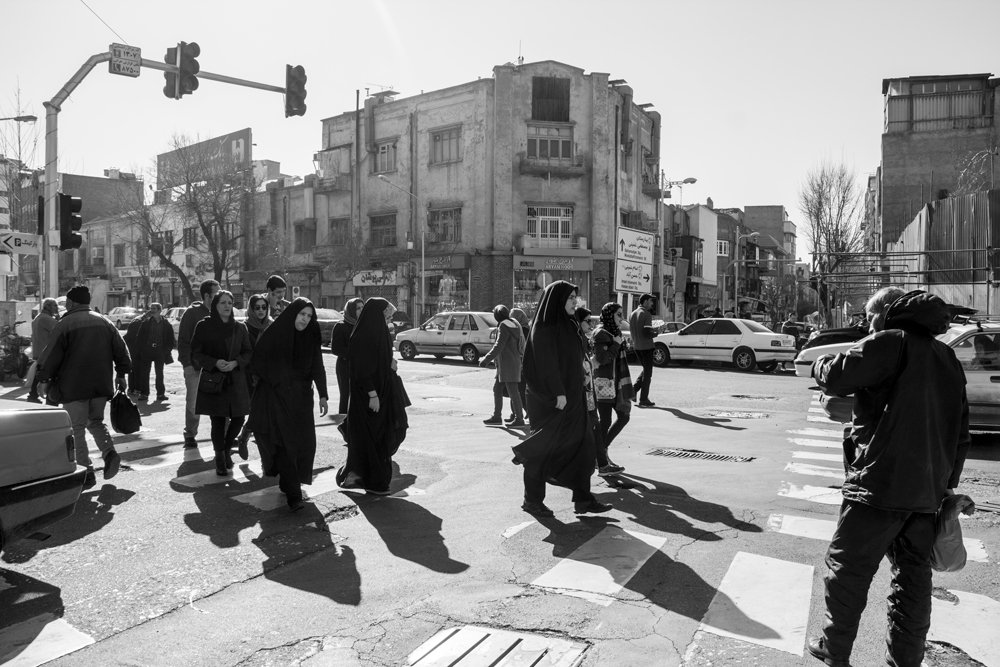 Taken in Lalezar, a neighbourhood in the capital of Iran, that contains all the dimensions of Tehran, past and present: modern, political, commercial, and touristic. Lalezar Street is the first modern boulevard in #Tehran. It was built by Naser al-Din Shah Qajar in 1873, inspired by his first visit to Europe. The street was the hipster neighbourhood of its time, housing loads of shops, cafes and restaurants. It also had a thriving and popular film and theatre culture. Today, it’s nicknamed  “the graveyard of theatres”. 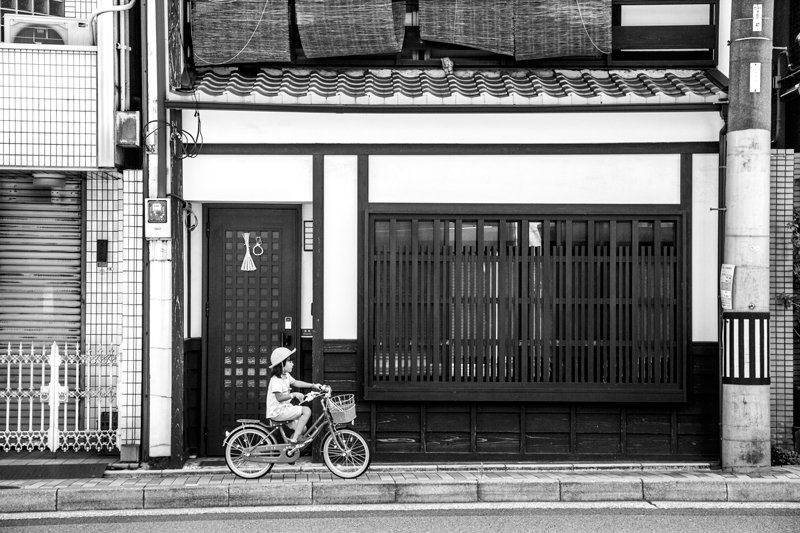 Kyoto was once the capital of Japan. It’s nicknamed “City of ten thousand shrines”, and it definitely lives up to its name. Walking in and around Kyoto, and photographing the city instilled in me the same sense of zen that the Buddhist shrines and temples did. The traditional wooden houses proved to be an interesting backdrop for photos, especially when unexpected locals strolled into the frame. 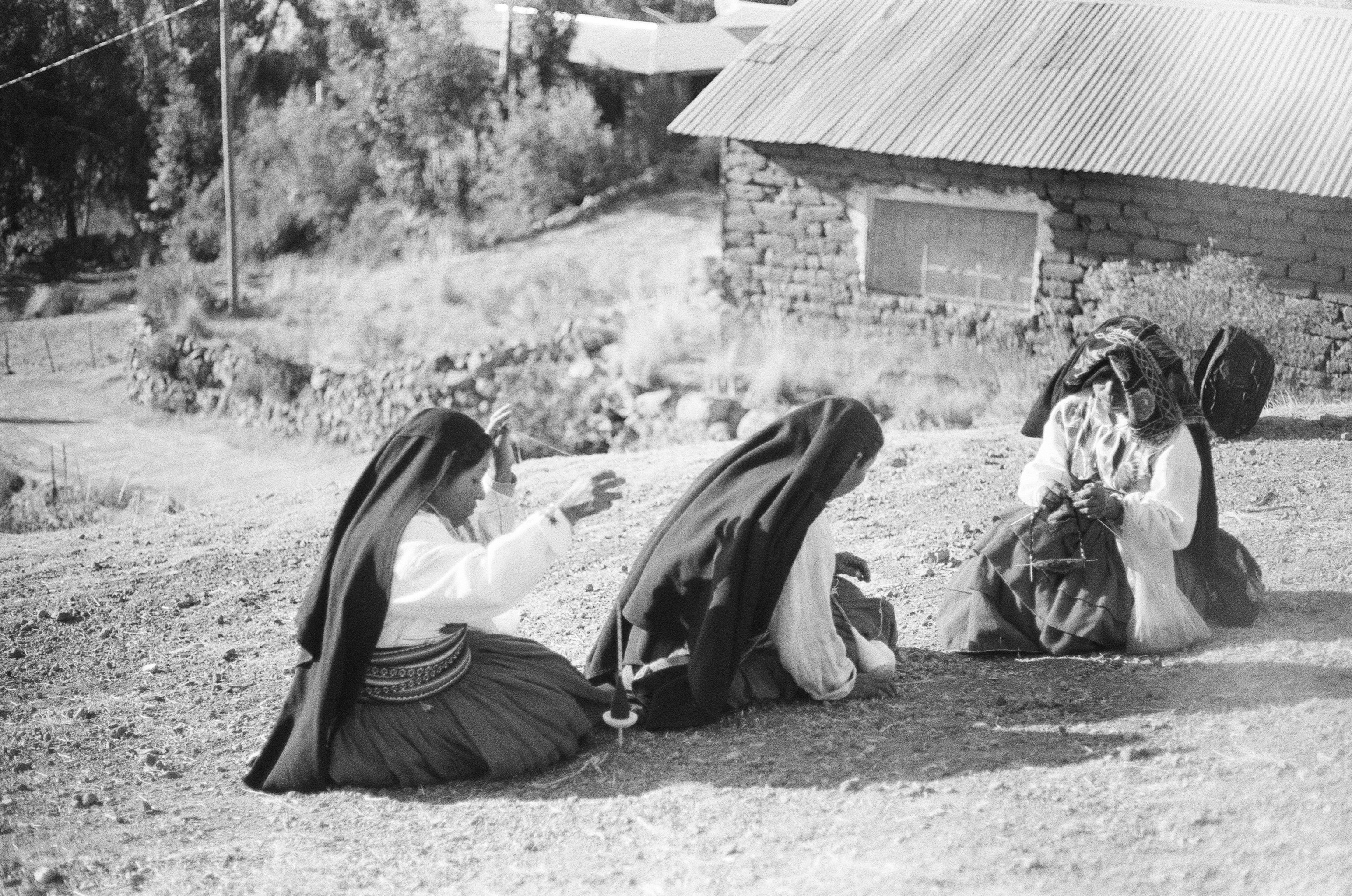 On Amantani Island, the women thread and weave. The island is two and a half hours by boat from the city of Puno, which sits at the edge of Lake Titicaca, the highest navigable lake in the world. The women wear the same traditional clothing and walk steep paths to get to their humble homes. They cook quinoa soup and potatoes, and speak Quechua. They create beautiful crafts and sell their artisans up on the hills in different parts of the island. I took this photo in Havana, peering into the narrow cobble-stone streets of the Old City, and taking in the beautiful architecture and lively people as they interacted with one another. I stopped a bit before taking this photo, noticing the people walking into the frame, the ones walking out, and the ones who stayed put, not noticing my lens, and going about their day. It made for an interesting shot that was reflective of the the constant movement of Havana as a city. 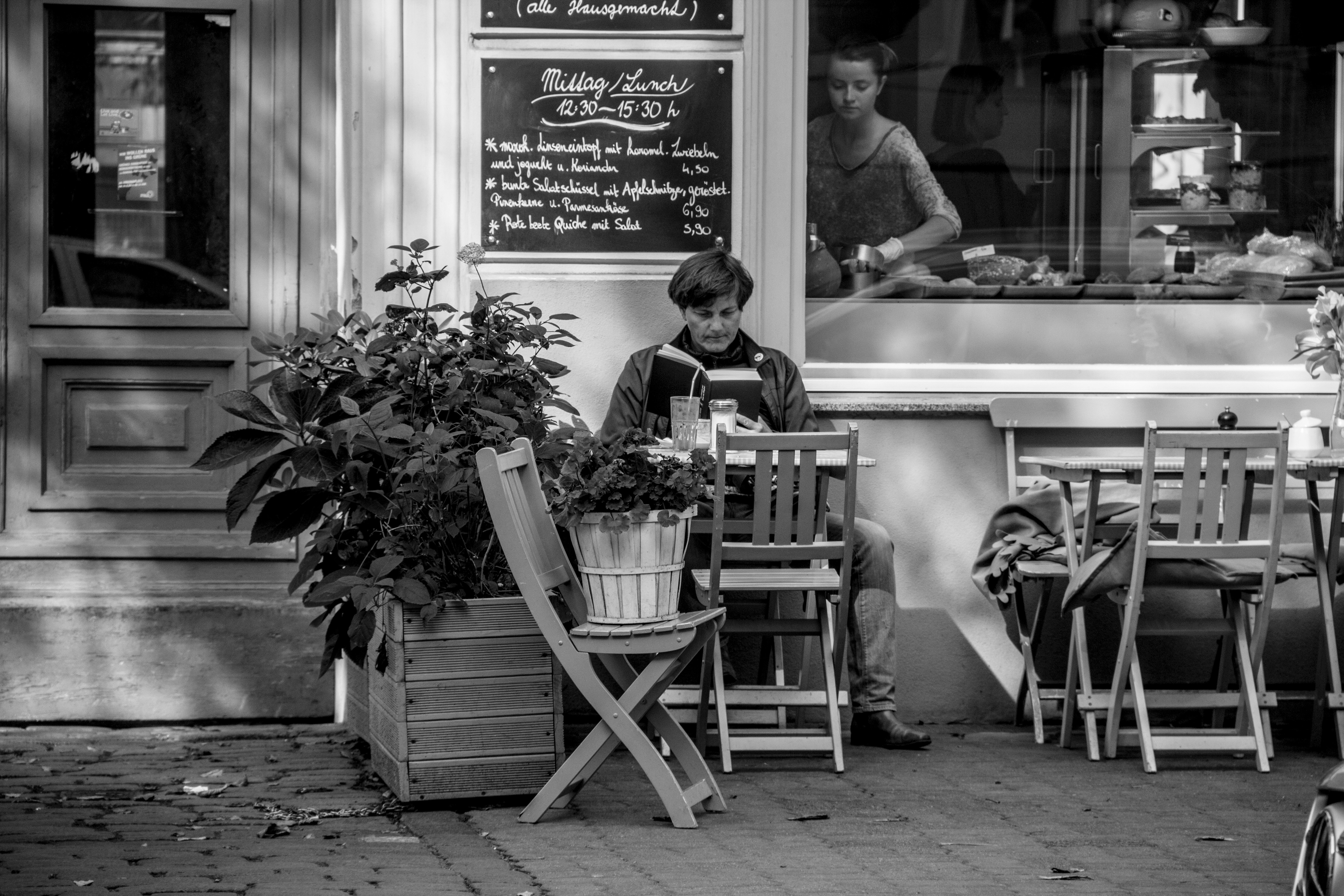 Inspired by Edward Hopper’s 1942 painting “Nighthawks”, this series attempts to reflect on urban loneliness and human isolation. I am interested in documenting how people respond to spaces within a city, and how that contrasts or resembles the human anxiety to connect. The difficulties of achieving intimacy and the vulnerabilities associated with that motivated me to explore the theme of urban emptiness, while reflecting on social interactions and the deeply human paradox of longing for connection yet fearing to be seen. 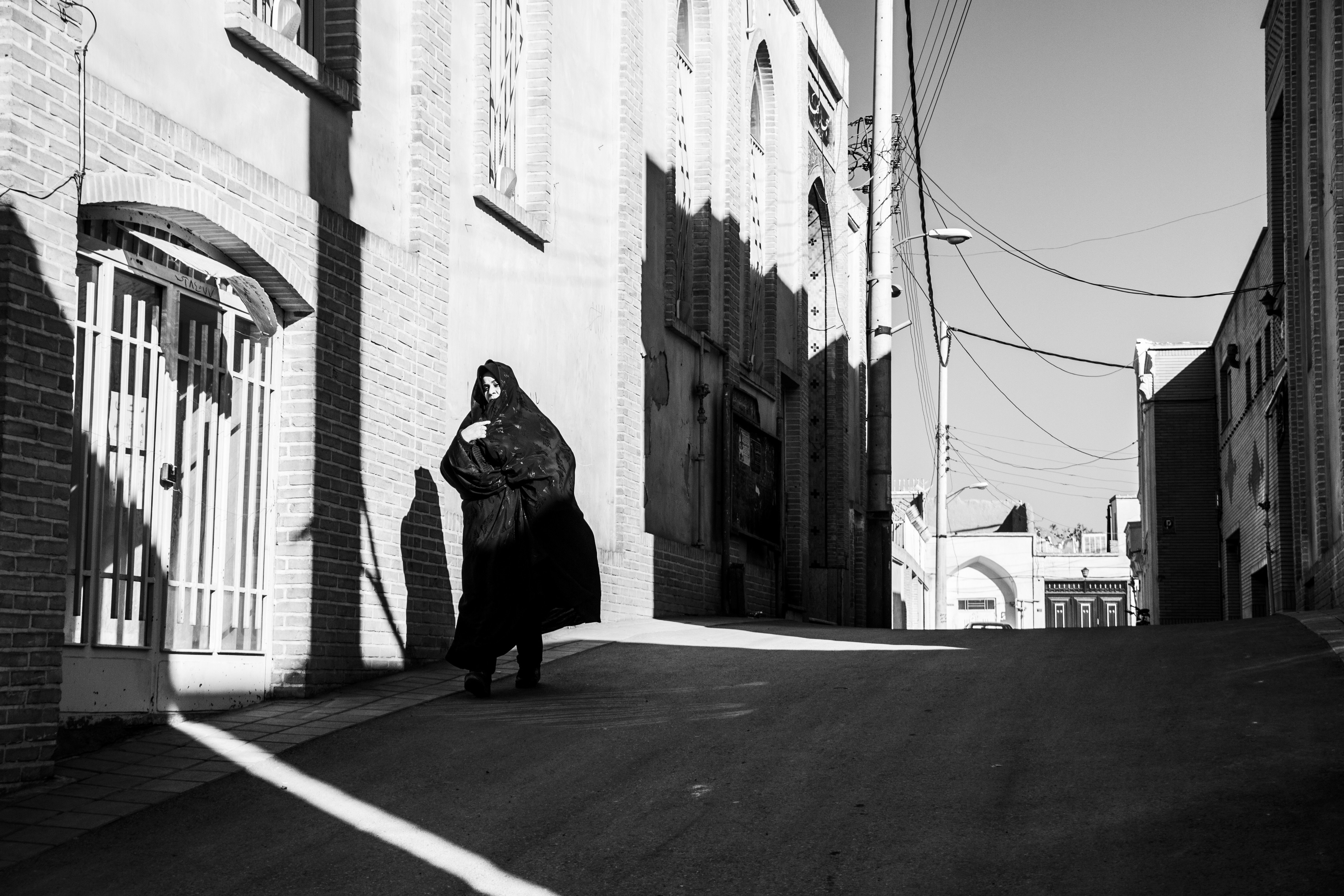 Kashan is often bypassed by tourists when they make the trip from Tehran to Isfahan, which adds to the city’s quiet and calm vibe. Kashan dates back approximately 9000 years, and contains endless historical sites, including mosques and traditional 19th century houses. Walking amongst the old, mud brick architecture with the sun beaming, I captured the odd pedestrian going about her day.

Susan Sontag once said: “A photograph is not just the result of an encounter between an event and a photographer; picture-taking is an event in itself, and one with ever more peremptory rights, to interfere with, to invade, to ignore whatever is going on”. I’ve always felt that as a photographer, exploiting things as they appeared to me, was not only drawing attention to the subjects, but more so to my role as an active photographer. My attempt has always been to document, not exploit. This photo was taken in northern Tehran, and I remember taking it, trying very hard to not be intrusive. He looked away just as I pressed down on the shutter. 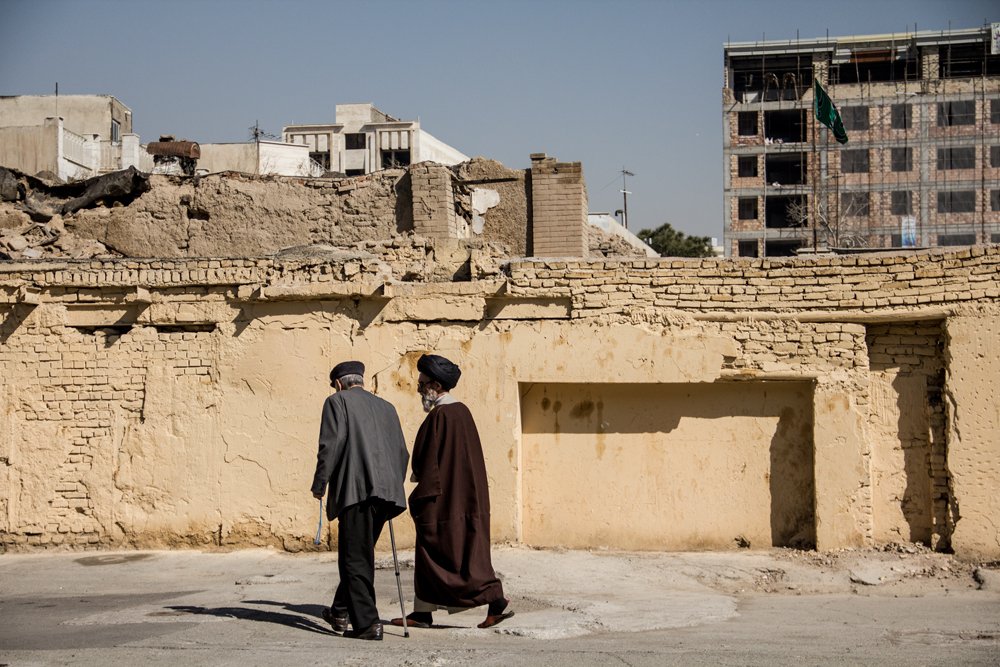 In Tehran, if you’re middle class, chances are you’ve never or very rarely been to the south of the city. Often described as poor, drug infested, and overly religious, neighbourhoods in Southern Tehran are not tourist attractions, but relay a reality of the city that many like to ignore. Tehran is a paradox, and understanding its many sides is dependent on visiting parts of it that don’t necessarily align to one’s own lifestyle and privilege. This was taken in Share Ray; with narrow alleys, friendly locals, Shah-Abdol-Azim shrine, and the main bazaar, the neighbourhood has a lot to offer. 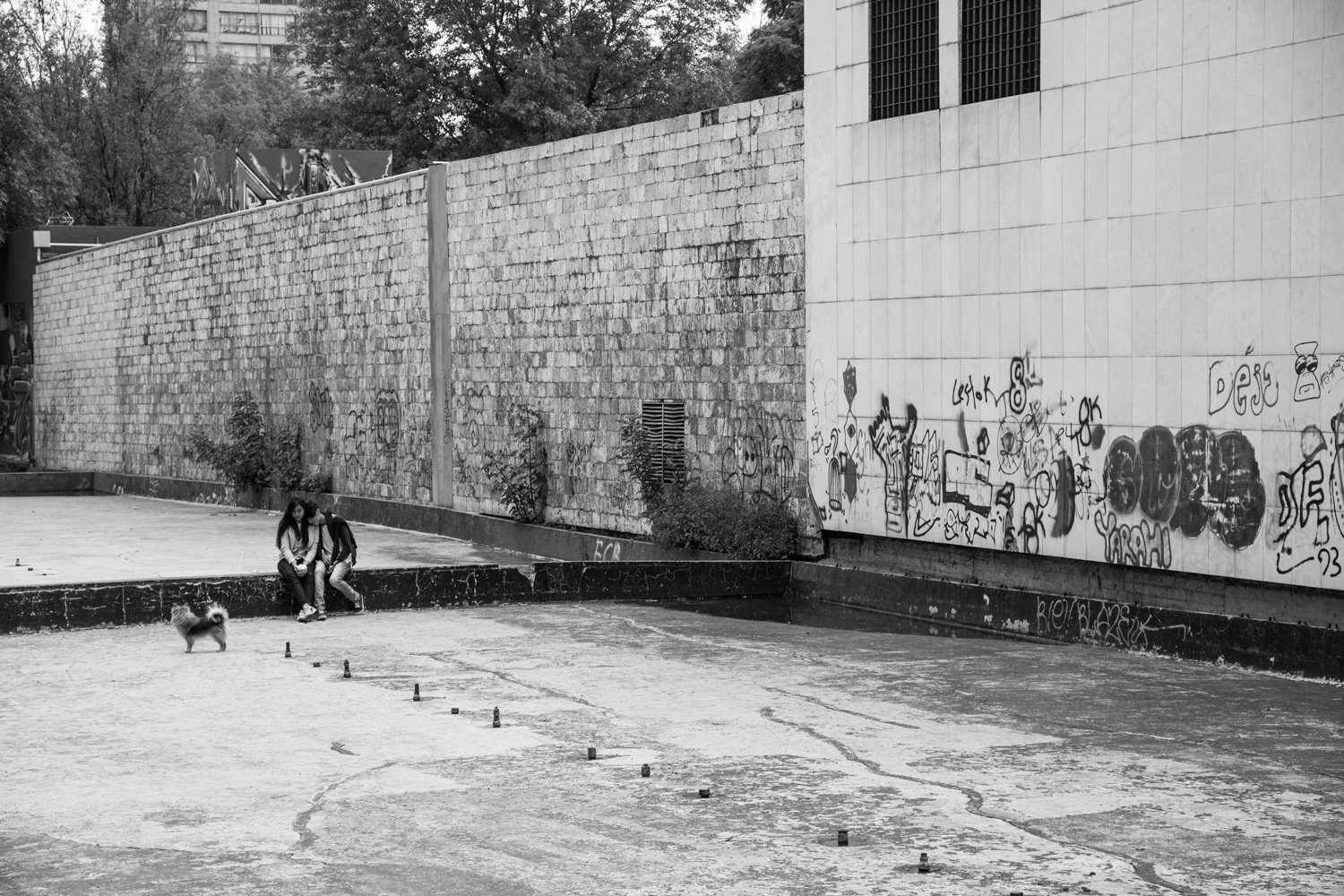 This photo was taken in the neighbourhood of Tlatelolco, literally meaning “in the little hill of land” in Mexico City. It is the site of the 1968 Mexican student demonstrations, an incident in which approximately 10,000 university and high school student gathered to protest the government’s actions. As a result, it is also the site the massacre, where over 1300 people were arrested and more than 300 were killed. This was 10 days before the start of the 1968 summer Olympics. Today, the neighbourhood pays tribute to the tragic event and lives lost, and enjoys a sense of peace. 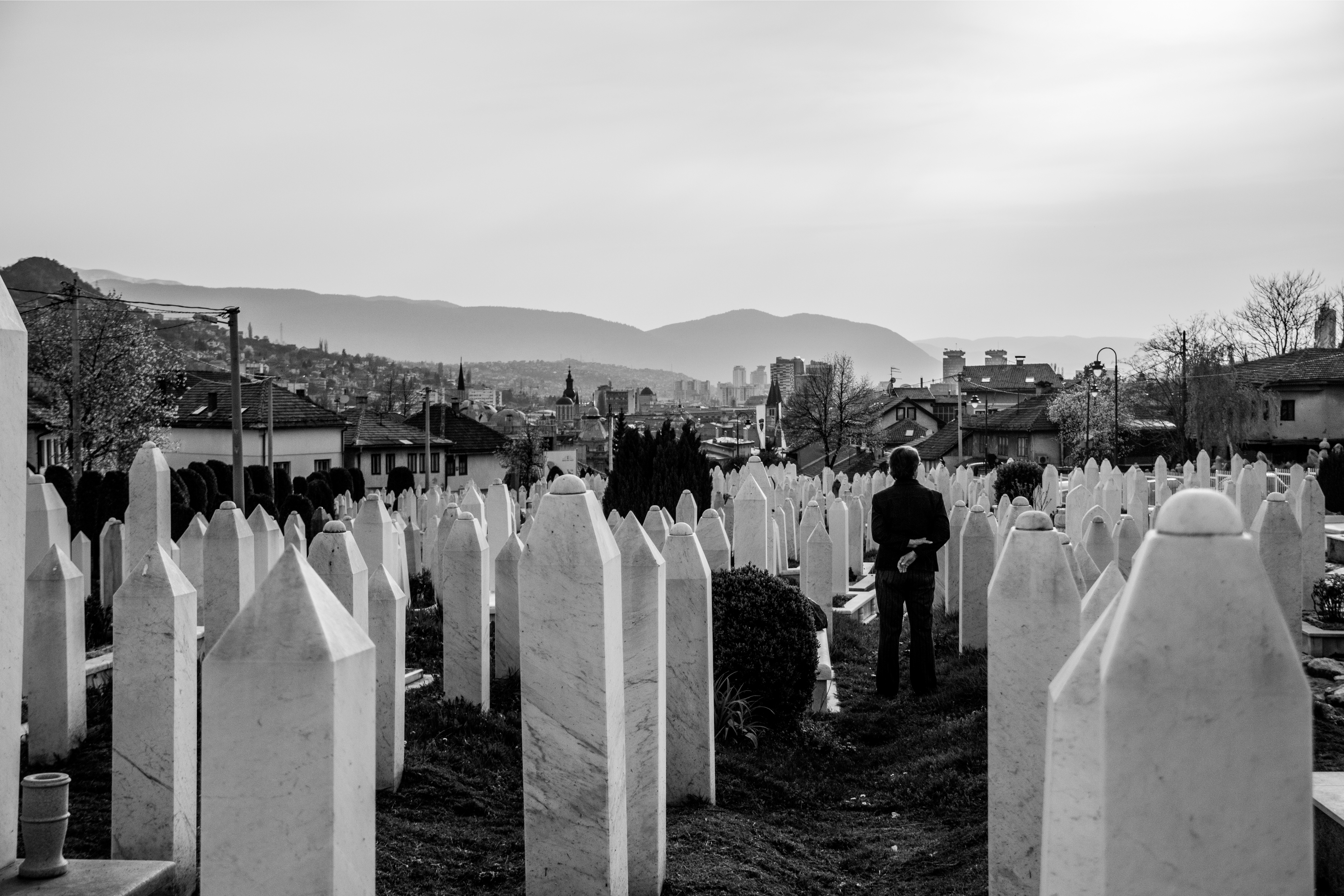 The capital of Bosnia and Herzegovina, Sarajevo, sits at the bottom of a valley, hugged by the surrounding hills. Ravaged by war, the high number of casualties during the Yugoslav conflict resulted in the use of Sarajevo’s open spaces as graveyards. I visited many of these cemeteries, and while walking amongst one, I saw a woman paying her respects, standing quietly with her arms folded behind her, looking out towards the endless gravestones that were scattered on the hill.